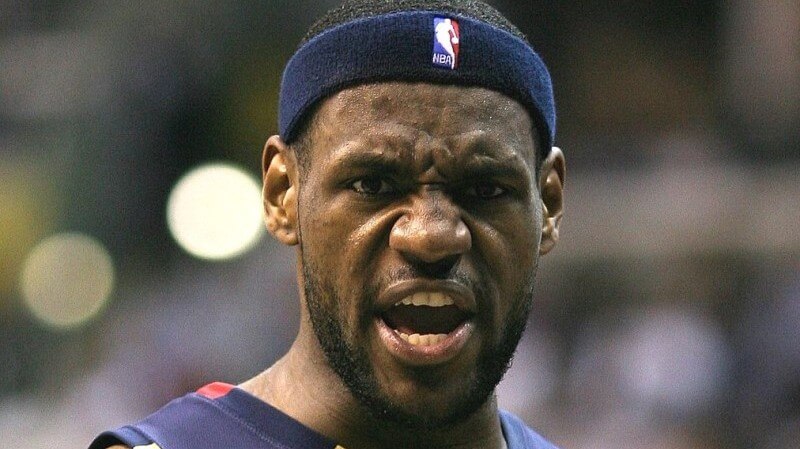 The Cleveland Cavaliers are once again viewed as the team to beat in the NBA this year. (Photo credit: Keith Allison / Foter / CC BY-SA)

Headed by the Cavaliers, there are four leading favourites on the William Hill NBA championship odds.

LeBron and the Cavs are given the best chance to win the NBA championship, paying +350 at William Hill. Not far behind are the Golden State Warriors (+400), Atlanta Hawks (+550) and San Antonio Spurs (+600).

It pains us to say it, but the Toronto Raptors are listed just 11th on the William Hill NBA championship odds, paying +2500. Toronto started off the year on fire but has been basically a .500 team (or worse) for the last couple months.

The Raps haven’t had much to play for lately, though, basically clinching the Atlantic Division title by the New Year. Toronto has played a lot of games without DeMar DeRozan and Kyle Lowry, so there’s a chance the Raptors could return to their early-season form and make them a great value pick at +2500.

A thing to remember about betting future odds is that you don’t necessarily need the team to win in order to make money. Hedging on future bets is a popular betting strategy. If you take a big underdog like the Raptors and they win their first playoff round, you can suddenly hedge your bet at better odds and lock in a nice profit for yourself.

Don’t forget, William Hill is a great place to do NBA betting. The U.K. book offers a ton of basketball betting options, including basketball live betting on every game. 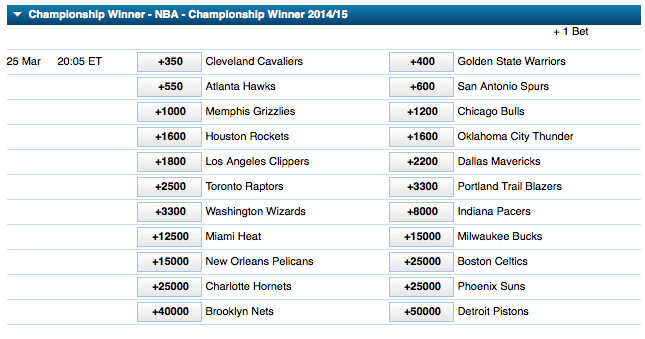