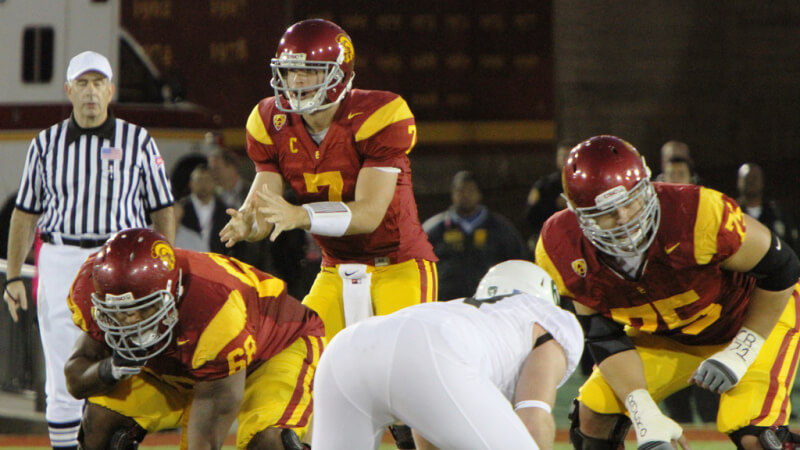 Do you like doing college football betting on heavy favourites? You might need to start betting early.

Let’s use the opening week of the 2011 NCAA football season for example, when four of the biggest favourites were quickly bet up considerably.

The other big line move before the week’s college football betting action was in one of the top matchups of the weekend. Oregon opened as a one-point favourite at LSU but was later favoured by an entire field goal.

Quick, what do USC, Stanford, Florida, Oklahoma and Oregon have in common?

High-profile teams are popular to bet on

They’re all high-profile teams that the public is eager to bet on.

It doesn’t mean you shouldn’t ever bet on them. But it does mean that you’ll likely have to bet on them well in advance of their game before oddsmakers are forced to move their lines to balance their action.

In those examples, it was pretty much too late to bet on these teams if you want to maintain a high winning percentage over the long term. It just doesn’t make sense to lay 23 points with a team when you could have laid 20.5 points a few days ago.

Conversely, if you like betting underdogs against opponents like this, you can see that waiting until the last minute to make those bets is often the best strategy. We are never surprised if the spreads on any favourites go higher as the weekend approaches.