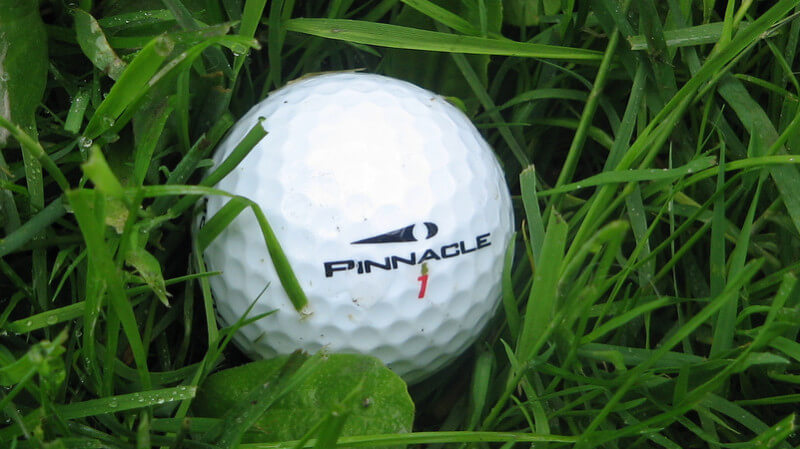 There is a lot of luck involved in golf betting. (Photo credit: One Tree Hill Studios / Foter / CC BY-SA)

Before you make your Masters betting picks for the first golf major of 2015, make sure you understand that golf is notoriously difficult to predict.

Luck plays a significant role in golf betting, perhaps more than in any other sport.

Six reasons luck is a big factor in golf betting:

Given such a large number of random variables that can impact a golfer’s score, it is no wonder that golf betting is known for being so difficult.

But it’s not all bad. Unpredictability favours underdogs, which means you can win big if you just pick the correct darkhorse to win.

Going into the 2013 Masters, 18 of the last 19 major winners going back to the 2008 Open Championship were unique (the exception was Rory McIlroy), and only Ernie Els, Angel Cabrera and Phil Mickelson had won previous majors. To further illustrate this point, see the following list of big outsiders that won Majors from 2003-13, and the particular circumstances:

Why you need talent & luck to succeed

It isn’t a new idea to suggest success in any sphere – golf included – requires a mixture of talent and luck summarized as:

If you accept the relevance of this to the world of golf, you must also take luck into account alongside handicapping talent. But how do you quantify the element of luck?

One method would be to understand the importance of regression.

For example, if you were to wait for completed Round 1 scores at Augusta, you might infer from players scoring below par that their talent on the day - judged on that narrow criteria - was above the average participant. Using our formula for success, we should also appreciate that good fortune played some part.

By the same token, those players who shot over par would be judged to have performed below the average, but poor luck would also have contributed. This can produce these broad statements:

As you aim to make accurate golf betting predictions, we then need to use this analysis to predict what might happen for Round 2. If you assume that performances remain constant (and this is a broad assumption), luck becomes the variable element, which you have no way of exactly measuring other than to say that with a best guess that it would be very unlikely to be the same as on Round 1.

You can elaborate to say that those players that played above average on Round 1 would play equally well on Round 2, but that the luck they enjoyed wouldn’t hold so their scores wouldn’t be as impressive.

The opposite would be true of those under-performers from the first round, whose scores would (on average) marginally improve, as they would not experience the same degree of bad luck.

The interesting observation for golf betting is that regression suggests that scores of players for Round 2 are more likely to be closer to the average score than the evidence on which it is based (Round 1 for that player). This moderation is the influence of regression to the mean, which we should expect to be more noticeable with extreme scores.

It is important to note that regression does not guarantee anything, however.

Some players who do well on Round 1 will do equally well or better on Round 2, and vice versa, but on average - if we accept the role of luck - scores will regress back towards the mean.

It’s like buying a stock once it has reached an all-time high. That stock has more potential of going back down than it does to continue rising into unprecedented heights.

As stated throughout, we are dealing with average expectation, but regression is nonetheless a statistical fact – a particularly misunderstood one.

A great illustration of regression in action is shown in the Sports Illustrated Jinx, an urban myth that suggests that a disproportionately large number of the stars that appear on the cover of the famous magazine go on to suffer a decline in their fortunes.

This has nothing to do with jinxes, however. The reality is more mundane and can be explained by simple regression. A large number of cover features should be expected to fall from their giddy heights as the performances that led to their feature are extremes from which they should statistically be expected to regress.

Regression is certainly something that should be considered within a tournament such as the US Masters, but not across a season where luck should average out and the impact of talent dominate. This is even more relevant over longer time periods, hence multiple major winners like Tiger Woods.

But extreme as their talent is, it doesn’t insulate them from impact of luck over the shorter timescale in what is such a uniquely challenging sport for both players and bettors.