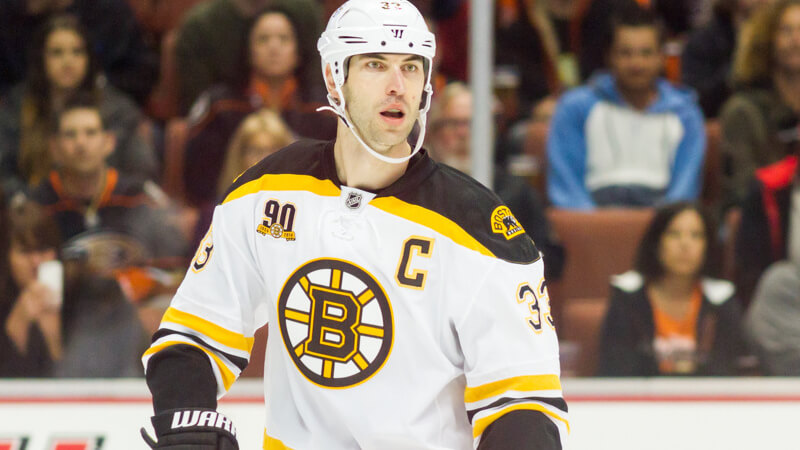 Zdeno Chara and the Bruins have won five in a row, going into Saturday's home game against Columbus. (Photo credit: © Bridget Samuels)

Don’t look now, but the Boston Bruins are on their way back to the top.

The Bruins continued their slow grind towards the top of the Atlantic Division on Thursday with a 3-0 victory over the New York Rangers.

Patrice Bergeron, David Krejci and Loui Eriksson were all on target for the hosts at the TD Garden as Boston picked up their fifth consecutive victory and also stopped some of the Rangers’ recent momentum in the process.

Six points back of the Division leading-Tampa Bay Lightning and, with the Detroit Red Wings and Montreal Canadiens also ahead of them, the Bruins have the appearance of a sleeping giant starting to awake.

On Saturday Boston conclude their three-game home stand with a visit from the Columbus Blue Jackets before heading out on the road to face the Dallas Stars and Colorado Avalanche. Boston is a -220 favourite in Saturday’s matchup.

On Thursday the Lightning rallied for a 3-2 victory over the visiting Edmonton Oilers at the Amalie Arena in Tampa. Ondrej Palat scored twice in the third period for the hosts to pile the misery on the Oilers who have lost three straight and continue to be rooted to the foot of the Pacific Division.

The gap in the Atlantic Division is back up to three points following Thursday’s results when the Canadiens lost 4-1 to the Senators at the Canadian Tire Centre in Ottawa. The visitors were thoroughly outplayed by the Senators and now return to the Bell Centre in Montreal for a fascinating match up with the New York Islanders Saturday night.

The Bruins are +1600 to win the Stanley Cup outright on the Bet365 Stanley Cup betting odds, while the Canadiens can be backed at +1100.

Don’t forget you can earn up to 50% more on your NHL betting pre-game parlays with Bet365’s fantastic 50% Parlay Bonus.