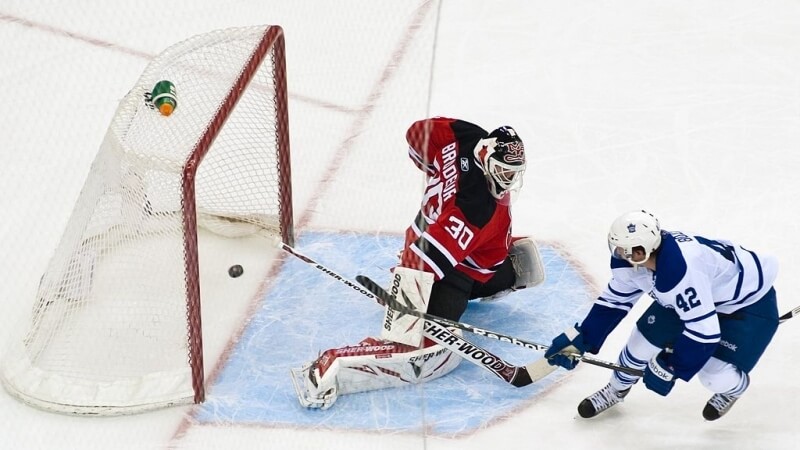 Whether the Toronto Maple Leafs win or lose, they do it big.

Of the Leafs’ first 27 games this NHL season, only 9 have been decided by 1 goal.

Toronto’s 4-1 win over the Flames Tuesday was the team’s 10th victory by 3 goals or more already this season. They’ve won 2 other games by 2-goal margins.

This can open up some opportunities in NHL betting.

The puck line when laying -1.5 goals pays much better than taking a favourite on the money line.

Tonight in Detroit, the Leafs are +166 underdogs against the Red Wings at Pinnacle Sports.

Taking teams -1.5 on the puck line means you lose if the game is decided by 1 goal, which obviously includes overtime and shootouts.

But even if it’s a close game, you might get lucky with an empty netter or two. Toronto led Tuesday’s game 2-1 until Calgary pulled its goalie for an extra attacker and the Leafs scored 2 goals in the final 2 minutes.

A full breakdown of each team’s margins of victories and losses can be found on NHL.com.