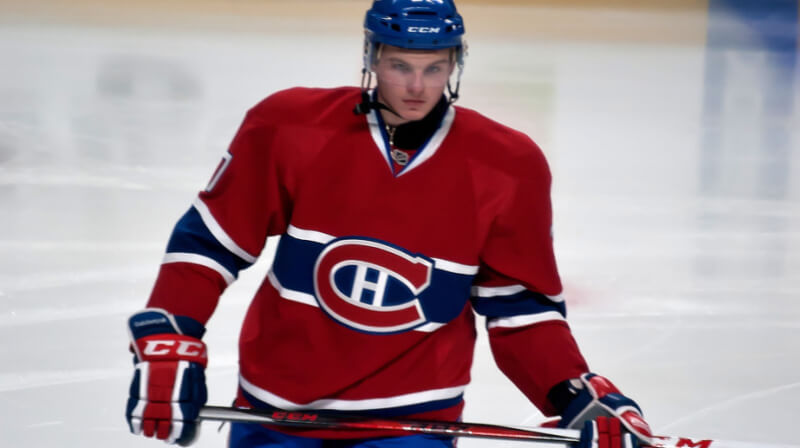 A Sports Interaction NHL betting analyst gives us his thoughts on teams that could cool off or heat up in the next few months, NHL betting strategy and a review of last week’s action for the sportsbooks:

We’re about a quarter of the way through the regular season, so bettors have a significant sample size to work with. What teams do you think are drastically playing above/below their potential right now?

Well, you could say the Calgary Flames and Montreal Canadians creating a snowstorm of false hope for their backers with winter setting in.

Would you believe the falloff may be harder felt in Montreal as opposed to Calgary? The Eastern Conference finalists were expected to compete this year, leaving their supporters highly optimistic about the future.

Calgary, on the other hand, has been a surprise to everyone. When the Flames falter, it’ll be back to the status quo, as even now the Flames are not seeing action or pricing indicative of their current Western Conference standing.

When the Canadiens slip off their current pace, their loyal bettors will feel the pinch.

How about a team that could be ready to turn it around? Bettors are always trying to get ahead of these curves in the 82-game marathon.

Don’t sleep on the Columbus Blue Jackets. Yes, they’re currently tied for last place in the Eastern Conference, but this team has been absolutely ravaged by injuries and has been trying to make do with half an AHL roster.

Brandon Dubinsky is a big part of that team and will make a major difference. He’s expected to play his first game of the year in the next couple of weeks.

If Columbus can ever get all of its regulars on the ice at the same time, watch out. Chances are you’ll see some good value for at least a few games before the market corrects itself.

Don’t forget, the Blue Jackets gave the mighty Pittsburgh Penguins everything they could handle in the playoffs last year.

As with betting on any sport, bettors shouldn’t get caught sticking with any one strategy or system.

Many people think that you need to have a set long-term game plan to rake in a profit with sports betting, but that’s just a misguided way of looking at it.

Bettors should search around for the best price for the team they wish to bet. It’s that simple.

If said team does not fall into a set price range that they’re comfortable with, then they should move along and wait until tomorrow.

Strict betting strategies and systems provide false security and oftentimes cloud judgement. Successful sports bettors are flexible to play the odds they see on the board each day.

Usually the shop’s success in hockey hinges on Saturday night.

With a full slate of games and everybody tuning into Hockey Night in Canada, we always see a lot of parlays, meaning that one game or even one goal can make a huge difference.

Last week, the Capitals were big favorites to beat the Sabres at home but Buffalo squeaked out a 2-1 victory. That upset crushed a ton of parlays and probably saved Sports Interaction from a bad week on the hockey front.