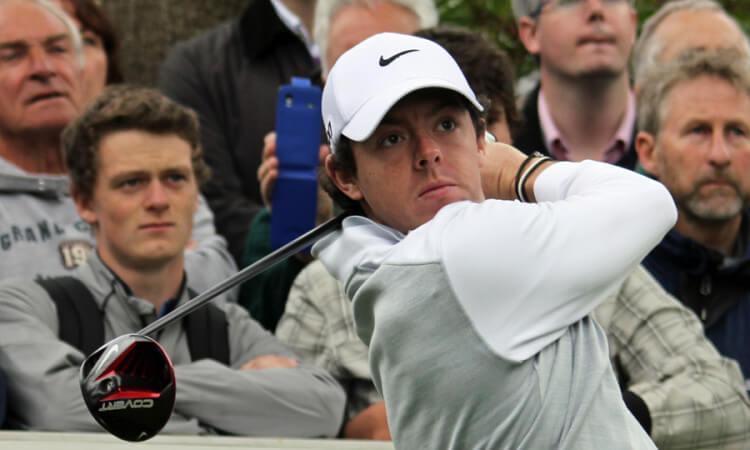 Rory McIlroy pays a little better than 5:1 as the favourite on the Sports Interaction Masters betting odds (as of Tuesday, April 7).

The world’s No. 1 player has already won the other three majors before his 25th birthday, but he’s still seeking his first Green Jacket.

“It’s only a matter of time before he wins at Augusta – whether it’s this year, next year, whenever,” Clarke recently told Sky Sports. “His game is ideally suited to playing a high, long draw which you need at Augusta.”

Defending Masters champion Bubba Watson, who pays +1200 on the Sports Interaction Masters betting odds, feels all the pressure is on McIlroy.

“I don’t have any pressure, I’ve already got two (Green) Jackets. Obviously, I think he would have more pressure than me, because look at the talent he has and the records he could beat when he gets older,” Watson told reporters. “He’s got years, he’s got his whole life to try to win the Masters, but obviously he’s going to put pressure on himself.”

Watson has won the Masters two of the last three years. 2013 champion Adam Scott is +2100 on the Sports Interaction Masters betting odds.

Sports Interaction is a great place to do your Masters betting this year. They offer a wide variety of props and excellent live betting options.

There are a lot of different ways to bet on golf and make this year’s Masters championship even more exciting. 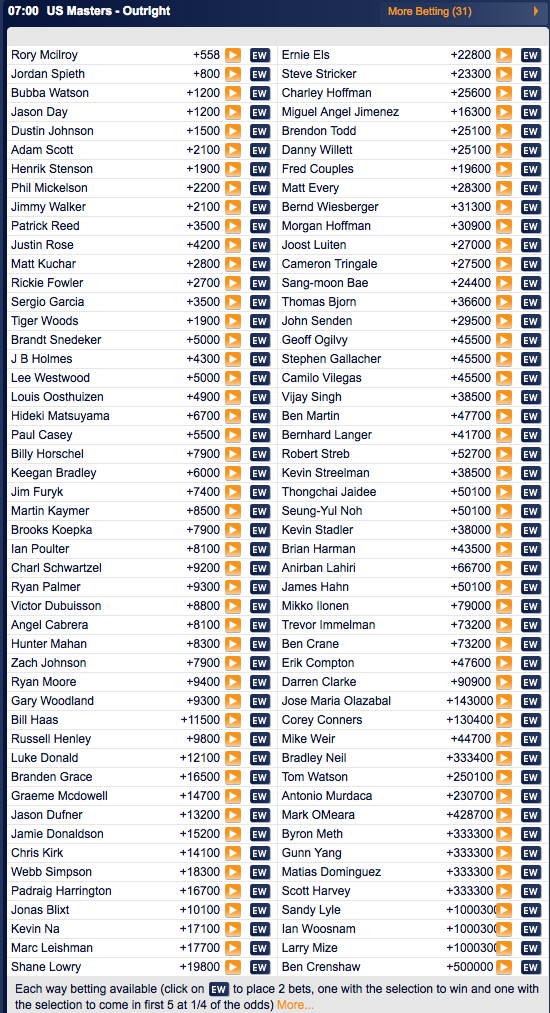